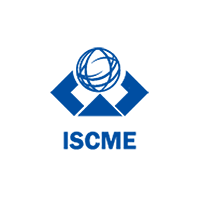 Experience: Prof. Ting Yang, doctoral supervisor, is a discipline leader in the School of Electrical and Information Engineering, Tianjin University. He is the deputy director of the national "distributed energy and micro grid" international science and technology cooperation base and the deputy director of Tianjin "Energy Internet” International Joint Research Center. As the largest contributor, he has won two provincial and departmental science and technology progress awards and some enterprise science and technology progress awards. He has published more than 100 SCI/EI papers, 4 monographs and 2 international invention patents in top academic journals in China and abroad. He has served as the session chair of several IEEE international conferences. He also served as the editor in chief or member of the Editorial Committee of several SCI journals. He is the special editor in chief of "Application of artificial intelligence in power system and energy Internet"(which won him the "Outstanding Special Editor Award" in 2018) of “Journal of Power System Automation”, and the special editor in chief of "Ubiquitous Power Internet of Things (UPIOT)" of “Journal of Power Construction”. He is now the deputy director of circuit and system branch of China Electronics Society, the national director of sensor sub committee of China Instrumentation Society and a member of the theoretical electrician special committee of China Electrical Engineering Society.

Experience: Prof. Arumugam Nallanathan is Professor of Wireless Communications and the founding head of the Communication Systems Research (CSR) group in the School of Electronic Engineering and Computer Science at Queen Mary University of London since September 2017. He was with the Department of Informatics at King’s College London from December 2007 to August 2017, where he was Professor of Wireless Communications from April 2013 to August 2017. He was an Assistant Professor in the Department of Electrical and Computer Engineering, National University of Singapore from August 2000 to December 2007. His research interests include 6G Wireless Networks, Internet of Things (IoT) and Molecular Communications. He published more than 500 technical papers in scientific journals and international conferences. He is a co-recipient of the Best Paper Awards presented at the IEEE International Conference on Communications 2016 (ICC’2016), IEEE Global Communications Conference 2017 (GLOBECOM’2017) and IEEE Vehicular Technology Conference 2017 (VTC’2017).

Experience: Dr.Hamid R. Ghaeini received the B.S. degree of software engineering from Arak University with honors, Arak, Iran, in 2010, and the M.S. degree of software engineering from Tarbiat Modares University, Tehran, Iran, in 2013. He also did a bi-nationally supervised doctoral degree (Ph.D.) in industrial control system security at the Singapore University of Technology & Design, Singapore, and the Technische Universität Darmstadt, Darmstadt, Germany.

He is now a research assistant at the system security lab of the TU Darmstadt. He served as session chair at the International Conference on Wired & Wireless Internet Communications (WWIC) 2014, Paris, France. He also served as reviewer in academic journals or conferences such as the Wireless Personal Communications, Springer, the China Communications, IEEE, International Conference on Advanced Science and Engineering (ICOASE 2018), and the Journal of King Saud University - Computer and Information Sciences, Elsevier.